Good news for developers at this year’s Build Conference: application developers will be enabled to modify and adapt Android and iOS applications to run on Windows 10. We’re talking about two new software development kits (SDKs), that Microsoft says is going to enable developers to use C++ and Java on Windows 10 and Objective C for iOS.

Microsoft has created replacements for each store’s API along with the added complete support for C and C++ programming languages. In return for developing for the Windows 8 platform, in 2013 Microsoft went a little bit further when it offered to developers up to a maximum of $2000.

Windows is not in the position to compete with Google Play or Apple App Store when it comes to the number of apps it offers, so there is no surprise that the company is doing everything to attract developers. We can say that if they pull a rabbit out of the hat, then the Windows app ecosystem will be saved, but for that to happen, they need to convince developers to step through the open gate.

The main question for developers is if it’s worth the effort. It remains to be seen if large development companies will spread their applications across Microsoft’s platform. Yet, probably the biggest challenge that Microsoft has to tackle is represented by small, independent developers.

Microsoft’s plan for the new Windows 10 is to make users happy again after the small turmoil that followed the Windows 8 release. The possibility to have a seamless experience across devices is one that might make Microsoft win even more market share.

The upgrade to Windows 10 is going to be offered free for all Windows 7 and 8 users, even in the case that their copy appears to be pirated, a courageous move done by the company with the intention to capture a portion of the market in emerging economies, were software piracy is widely spread. Microsoft’s business model is to make money off of the commercial licensing and with Windows 10 they intend to offer it as a free upgrade, available in the first year and for the life of the installed machine. Since they’ve had such a success with the Office 365 subscription payment model, it’s likely that they will explore this possibility even further, offering the OS based on a subscription model. 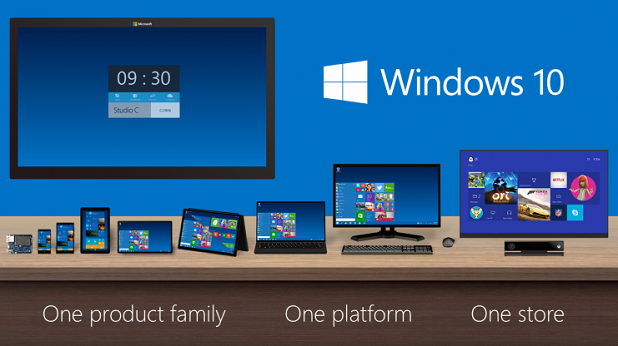 Find out more about our mobile development capacity here.